Multiverse in Spider-Man: Far From Home 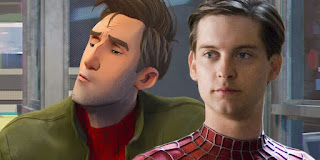 Thanks for reading this article. Please give Comment below.