SIMILARITIES BETWEEN AS PER MY OBSERVATION 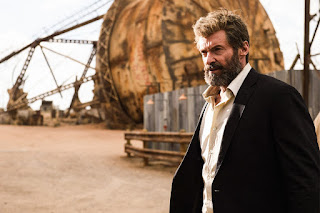 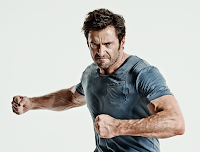 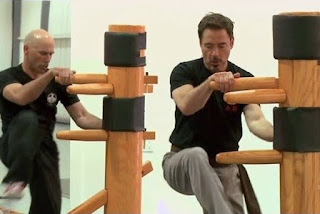 ROBERT DOWNEY, JR. AS TONY STARK & IRON MAN- BORN APRIL-04-1965 is an American actor. His career has included critical and popular success in his youth, followed by a period of substance abuse and legal difficulties, and a resurgence of commercial success in middle age. For three consecutive years from 2012 to 2015, Downey topped the Forbes list of Hollywood's highest-paid actors, and in 2008, Time magazine named him one of the 100 most influential people in the world. His films have grossed over $5.3 billion in North America and over $12.9 billion worldwide, making Downey the second highest-grossing domestic box-office star and the highest-grossing worldwide box-office star of all time.


Early life and family
Downey was born in Manhattan, New York, the younger of two children. His father, Robert Downey Sr., is an actor and filmmaker, while his mother, Elsie Ann (née Ford), was an actress who appeared in Downey Sr.'s films. Downey's father is of half Lithuanian Jewish, one-quarter , and one-quarter Irish descent, while Downey's mother had Scottish, German, and Swiss ancestry. Robert's original family name was  was changed by his father to enlist in the Army. Downey and his older sister Allyson grew up in Greenwich Village.
As a child, Downey was "surrounded by drugs." His father, a drug addict, allowed Downey to use marijuana at age six, an incident which his father later said he regretted. Downey later stated that drug use became an emotional bond between him and his father: "When my dad and I would do drugs together, it was like him trying to express his love for me in the only way he knew how." Eventually, Downey began spending every night abusing alcohol and "making a thousand phone calls in pursuit of drugs.
During his childhood, Downey had minor roles in his father's films. He made his acting debut at the age of five, playing a sick puppy in the absurdist comedy Pound (1970), and then at seven appeared in the surrealist Greaser's Palace (1972). At the age of 10, he was living in England and studied classical ballet as part of a larger curriculum. He attended the Stagedoor Manor Performing Arts Training Center in upstate New York as a teenager. When his parents divorced in 1978, Downey moved to California with his father, but in 1982, he dropped out of Santa Monica High School, and moved back to New York to pursue an acting career full-time.

HUGH MICHAEL JACKMANborn 12 October 1968) GUINNESS WORLD RECORD HOLDER is an Australian actor, singer, and producer. Jackman has won international recognition for his roles in a variety of film genres. He is best known for his long-running role as Wolverine in the X-Men film series2000–17), for which he holds the Guinness World Record for "longest career as a live-action Marvel superhero"

EARLY LIFE
Jackman was born in Sydney, New South Wales, to Grace McNeil (née Greenwood) and Christopher John Jackman, a Cambridge-educated accountant. His parents were English and had come to Australia in 1967 as part of the "Ten Pound Poms" immigration. One of his paternal great-grandfathers, Nicholas Isidor Bellas, was Greek, from the Ottoman Empire (now in Greece). His parents were devout Christians, having been converted by Evangelist Billy Graham after their marriage. Jackman has four older siblings and was the second of his parents' children to be born in Australia. He also has a younger half-sister, from his mother's remarriage. His parents divorced when he was eight, and Jackman remained in Australia with his father and two brothers, while his mother moved back to England with Jackman's two sisters. As a child, Jackman liked the outdoors, spending a lot of time at the beach and on camping trips and school holidays all over Australia. He wanted to see the world saying, "I used to spend nights looking at atlases. I decided I wanted to be a chef on a plane. Because I'd been on a plane and there was food on board, I presumed there was a chef. I thought that would be an ideal job

Thanks for reading this article. Please give Comment below.